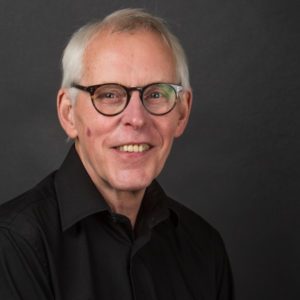 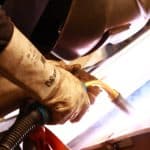 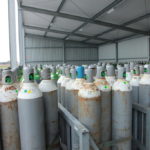 The mill-scale on steel and welding

Mill-scale; how is it formed, what are its characteristics and more importantly, how can you remove it? Piet van der Horst explaines it all in this article.

Depending on the rolling process, a mill-scale can have different thicknesses and different compositions. The most common, with their melting temperature, are:

The melting temperature of the underlying steel is 1538 degrees Celsius.

There are several ways to remove a mill-scale: Firstly, iIt can be done by grinding, shot blasting or chemical removal. Material with a mill-scale is also deliberately allowed to rust (oxidise). By oxidizing, the mill-scale dissolves more or less and can easily be removed by sanding. Another way of removing mill-scale is “drumming”. This is mainly used for small sheet material. Because the sheets, in the rotating drum, always fall on top of each other, the mill-scale breaks. Breaking the mill-scale is actually a side effect of drumming. The original intention is to remove the rough edges that were created during the cutting process.

The mill-scale is not always removed. Sometimes sheet metal with a mill scale is used in design projects because of its beautiful blue-black colour.

Mill-scale on steel and welding are like water and fire. This is not the best combination. There are two main reasons for this:

In the most common mill-scale, the melting temperature is slightly higher than that of the steel and additional arc energy is required to melt the mill-scale. However, this is not the biggest problem. The very poor heat and current conductivity ensures that the arc spot remains too small and that the weld cannot flow nicely. This results in  a convex weld. The weld also contains a lot of silicates, because the mill-scale contains a lot of impurities.

The above is especially the case when welding MAG with solid wires. When welding with, for example, rutile or metal powder cored wires, the problem is less likely to occur, because the arc spread for this type of wire is bigger. However, these wires do not completely solve the problem. The same applies to pulse MIG welding with solid wires. Also with this process you have more arc spread (read: a higher arc tension) which makes the weld flow slightly better. Again, the weld remains too convex and there are many silicates on the weld. In all cases it remains necessary to remove the mill scale before welding. 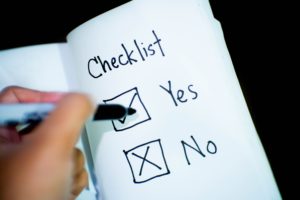