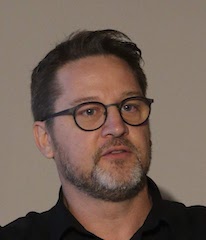 Tim has been in welding technology as an engineer since 1999 and has continued to learn and eventually teach ever since. Driven by his passion for the profession, Tim is active in all kinds of fields, like consultancy, coordination, court expert and teaching. 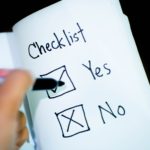 Standards and their naming conventions

There are many standards in welding technology. There are a good few hundred of them. And they are all given a unique name. The name is often misunderstood or incompletely noted, which leads to inaccuracies. In this article you will learn how the name is created and what information the prefixes give you.

Standards can be published and can have validity at three levels. Therefore, there are three institutes that manage these standards and keep them up to date.

This starts at a global level, with the standards published by ISO (International Organization for Standardization). The next level of relevance to us is the European level, represented by the CEN (European Committee for Standardization). And then, of course, there is the national level, such as in the Netherlands the NEN (Stichting Koninklijk Nederlands Normalisatie Instituut), in Belgium the NBN (Bureau voor Normalisatie) and in Germany the DIN (Deutsches Institut für Normung).

How does the name come about?

The prefixes you find in the name of a standard refer to who published it. We take the Netherlands as an example. In the Netherlands, the NEN publishes national, European and international standards. NEN also stimulates the development of Dutch standards. These are agreements that apply in the Netherlands about the quality and safety of products, services and processes.

The same or not?

So it is of the utmost importance that the correct prefix is used in combination with the correct standard number. In order to cover the same need for standards, the national standards committees and institutes work together on new standards. In many cases, this can lead to local standards becoming obsolete. In time, “pure” NEN standards and even “pure” EN standards will then disappear.

For example, NEN EN 287 for the qualification of welders eventually evolved to NEN EN ISO 9606.

Below you can see a national, a European and an international standard and how they are written correctly.

It is really important to pay attention to the notation of, in particular, classical standards in welding technology. People quickly tend to talk about a standard number without using the full name. And that can lead to misunderstandings:

Use the search robots on the website of the national standards institute to find out the full name for a particular standard. This will only cost you a few clicks. 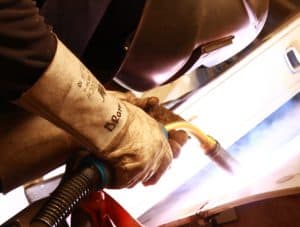