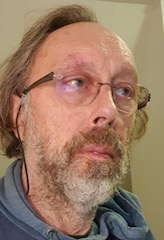 Tim Blok was trained as a metallurgist specializing in welding technology and has spent his entire working life in metal and welding technology. While he fulfilled various roles in Quality Assurance and NDT, he continued to broaden his knowledge by, among other things, training as an International Welding Engineer, making him one of the first in the Netherlands to obtain his diploma. He also completed the NDO engineering course and held the level 3 qualifications for RT and UT.

During his working life he was a welding expert at RSV, Gasunie and AGA Gas, among others. After that he held a management position at Bodycote Materials Testing for a long time. For many in the field, he is also known as a lecturer at the IWE and IWT courses. He also held positions at various examination committees.

In 2011 Tim was co-founder of the “Independent Welding Consultants Register” Foundation. This foundation wants to give companies the opportunity to turn to truly independent experts with their questions or problems in the field of welding. Until now, there was no comparable register to which independent, self-employed advisors and consultants could join.

In addition to his profession, there are various things that ensure that he never gets bored. Rides on the motorbike, shorter or longer trips with the camper, gardening in his large garden and walking in the mountains. For the latter the Munro’s in Scotland are his favorite.